Get into a Vampire Knight cosplay costume if you want to be a pure blood feminine vampire. This cosplay costume comes from Vampire Knight, a shojo manga series in Japan’s Lala Magazine launched in Jan.2005. It has been a big hit in Japan and other parts of the world, with the English version released in July 2006 via Viz Media’s Shojo Beat. It has commercials success with licensed releases in other media like radio, drama, Anime TV series, novels and video game. The vampire knight cosplay costume has been a favorite by ‘cosplayers’ and costume fanatics, with Yuki Kuran (Kurosu Yuuki) and Maria Kurenai as the most popular characters of the “Day Class” and “Night Class” of Cross Academy.

Dressing up in a Vampire Knight cosplay costume entails some perky attitude, so be ready to put on that cold glare and mysterious dazzle. Vampire Knight’s costumes are stunning Japanese school girl uniforms, you can choose between the “Day Class” black uniform cloth and the “Night Class” white school dress. These two Vampire Knight apparels are made up of the jacket bowknot shirt, the girl-suit arm band and the lovely pleated skirt. The black dress has the coy white trims, while the white uniform has the flirty black frills. The dainty red bow completes the cosplay attire, making it more eye-catching and lovely. Also you can wear a trendy wavy candy colored hair cosplay wig and a cute miniature hat. You can take the vampire knight look further by having a vampire canine tooth sharpened by your dentist. 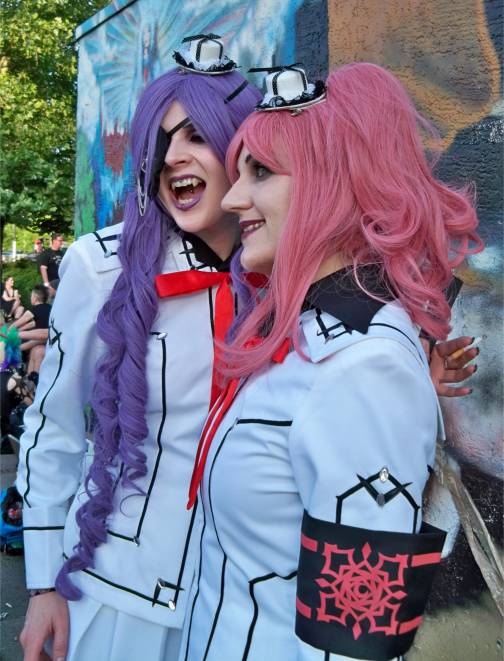 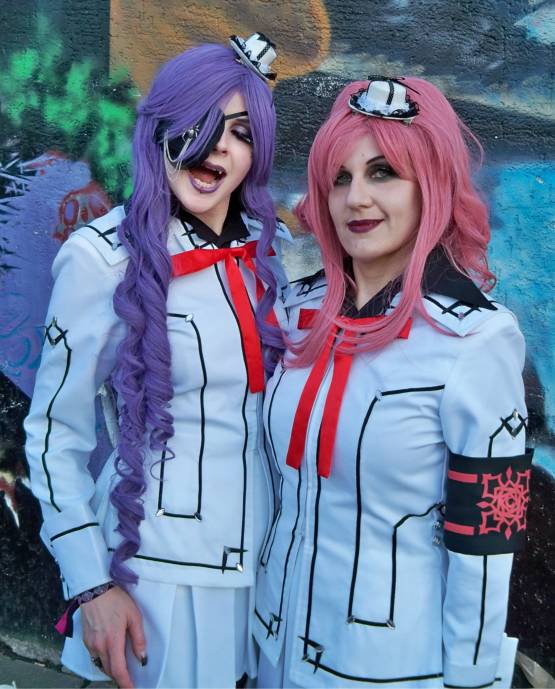