When to use green wigs for costumes and disguises?

Wigs can be use as a fashion material, a costume, or a disguise. Fashion enthusiasts usually wear some wigs as their accessory that will match the color of their outfits. Green wigs mostly exhibit preppy and exotic style in fashion. Green wigs are uncommonly use wigs by the general consumers. Familiar costumes and disguises do not ordinarily require green wigs as part of the outfit. Tips and information regarding the uses of green wigs are limited over the internet. Most tipsters prefer to write topics about various colored wigs rather than to focus exclusively in green wigs. This article will be all about green wigs. If you are not that much of a green wig fanatic, please spare some time to read the article, and you might end up using green colored costumes, not only the wig. 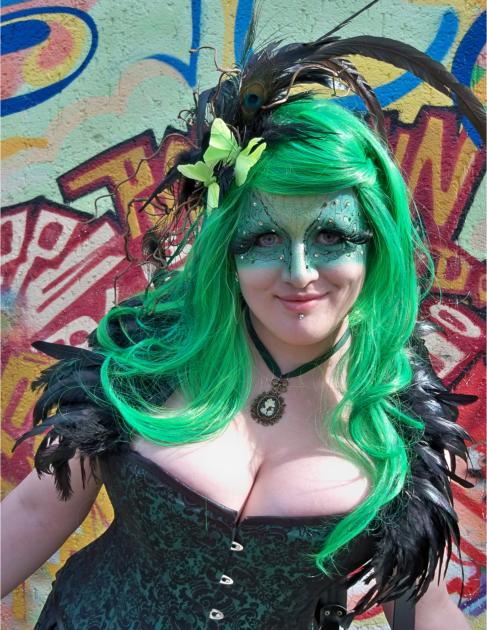 Functions of green wigs are limited, just like what I have said earlier. Its color provides bounded complimenting colors, which makes the product infamous for the fashion consumers. However, the information is limited but could possibly be available through extensive researching. Here are some of the popular costumes and disguises that use green wigs as a part of the outfit.
1. Cosplays
Anime and cartoon characters typically possess bizarre hair colors such as red, green, orange, blue, and white. Green wigs would be appropriate to use depending on the character that you would like to impersonate. Some Japanese anime characters like C.C. of “Code Geass” and Pheles of ‘Shakugan no Shana II” have a touch neon green in her hair color. Our favorite “Sailor Moon” characters like Sailor Neptune and Sailor Pluto own a darker hair tone of green. For male cosplayers, popular suggestions would be Lyserg Diethel of “Shaman King” and Roronoa Zoro of “One Piece” because their costumes are widely available on the online market.
2. Halloween Costumes
Halloween costumes comprise a variety of outfits and styles. Wearing green wigs together with gruesome disguises could add a formal tone with the scary outfit. Standard ideas for costumes accompanied by green wigs would be “witch” disguises and elves’ costumes. These popular costume themes compliment with green wigs without messing up the style. Bloody and ghastly costumes could also be partnered with green wigs. However, using green wigs with red bloody themed costumes might be a badly chosen match up.
3. Clown Costumes
Clown costumes require bright-colored wigs in order to attract children’s attentions. Utilizing green wigs for this costume sounds appropriate and fantastic. Clown costumes were commonly seen at birthday parties and other children social gatherings. Green wigs with a slight touch of neon or with a mixture of other colors were found very pleasing to the eyes.
4. Party Wigs
Do you know what happened “last Friday night”? It does sound familiar right? Party wigs such as what Katy Perry usually wore on her concerts and music videos could be a new fashion trend this coming year of 2013. Party wigs were used to add a colorful yet sexy touch to a girl’s outfit. It also adds fun and life to ladies’ dresses. So gear up cause it’s time to party!